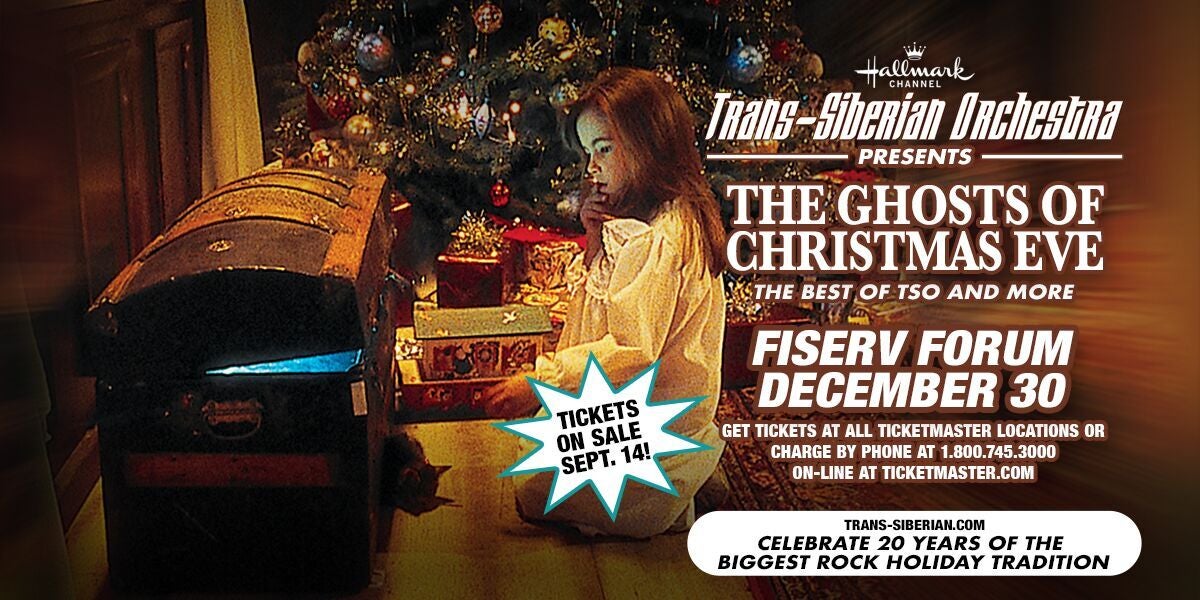 “Trans-Siberian Orchestra puts on one of the most spectacular live audio-visual experiences you will ever see in an arena,” said Fiserv Forum General Manager Raj Saha. “We cannot wait to see what it has in store when it comes to Fiserv Forum on Dec. 30 for a special two-show performance.”

TSO’s annual November-December multi-sensory extravaganza, which sells out venues year after year, has cemented the group’s status as a multi-attend, multi-generational holiday tradition. This year’s 20th anniversary tour is a presentation of TSO’s unforgettable “The Ghosts of Christmas Eve,” featuring founder/composer/lyricist Paul O’Neill’s timeless story of a runaway who finds her way into a mysterious abandoned theater.

The Winter Tour 2018 is set to begin on Nov. 14, and will visit 65 cities across North America, for 100-plus performances, before concluding on Dec. 30. The tour is presented by Hallmark Channel.

As in all previous years, a portion of every ticket sold benefits select local charities. To date, more than $15 million has been distributed from TSO to worthy charities across North America. Visit www.trans-siberian.com for more details.

On Sept. 28, Rhino Entertainment will release a 20th Anniversary Edition of “The Christmas Attic” on CD and digitally. A vinyl version of the release will be available Nov. 23. The second installment in The Christmas Trilogy tells the story of a little girl who spends nights in an attic filled with yuletide reveries, while guitar solos and choral vocals soar over a rock orchestral backing across 16 tracks, including a previously unreleased on CD and vinyl version of "Christmas Jam (Live)."