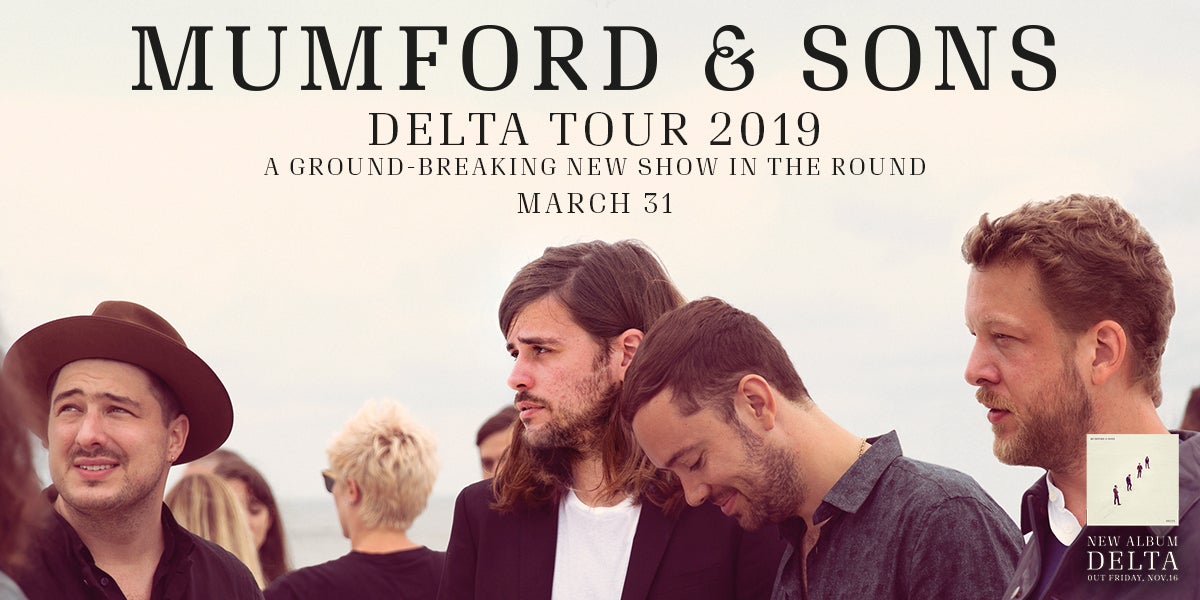 Mumford & Sons will perform at Fiserv Forum on March 31, 2019, as part of their Delta Tour 2018/2019. Presented by Pabst Theater Group, the show will take place at Milwaukee’s new world-class arena. Tickets will go on sale to the general public on Friday, Oct. 12, at 10 a.m., and can be purchased here.

“We are thrilled that the guiding light has brought Mumford & Sons to Fiserv Forum on March 31, 2019,” said Fiserv Forum General Manager Raj Saha. “Mumford & Sons has a balanced and unique sound that we look forward to hearing live.”

Available now for pre-sale, the band’s fourth release hits shelves Nov. 16 on Gentlemen of the Road/Glassnote Records. Delta was written collectively by the band, produced by Paul Epworth and recorded at London’s The Church Studios. Listen to the album’s first single, “Guiding Light,” HERE.

Already receiving widespread acclaim, the band recently debuted “Guiding Light” on “The Tonight Show Starring Jimmy Fallon” with special guests The Roots. Watch the performance HERE. Marcus Mumford also joined host Jimmy Fallon as a guest on the couch. Watch the interview HERE. Additionally, Rolling Stone calls the single, “wildly experimental…Delta has the band incorporating elements of electronica, rap, jazz and other sonic territory rarely visited,” while Paste asserts, “If it’s any indication of how Delta will sound as a whole, this could shape up to be the band’s most experimental album yet."

Marking 10 years since Mumford & Sons made their meteoric debut, the new music follows 2015’s Wilder Mind, which debuted at No. 1 in the U.S., U.K., Australia Canada, Ireland, the Netherlands and Norway and, most recently, 2016’s collaborative Johannesburg mini album. Previous LPs include 2012’s Babel, which was awarded the 2013 Grammy for Album of the Year, and their 2009 debut, Sigh No More.