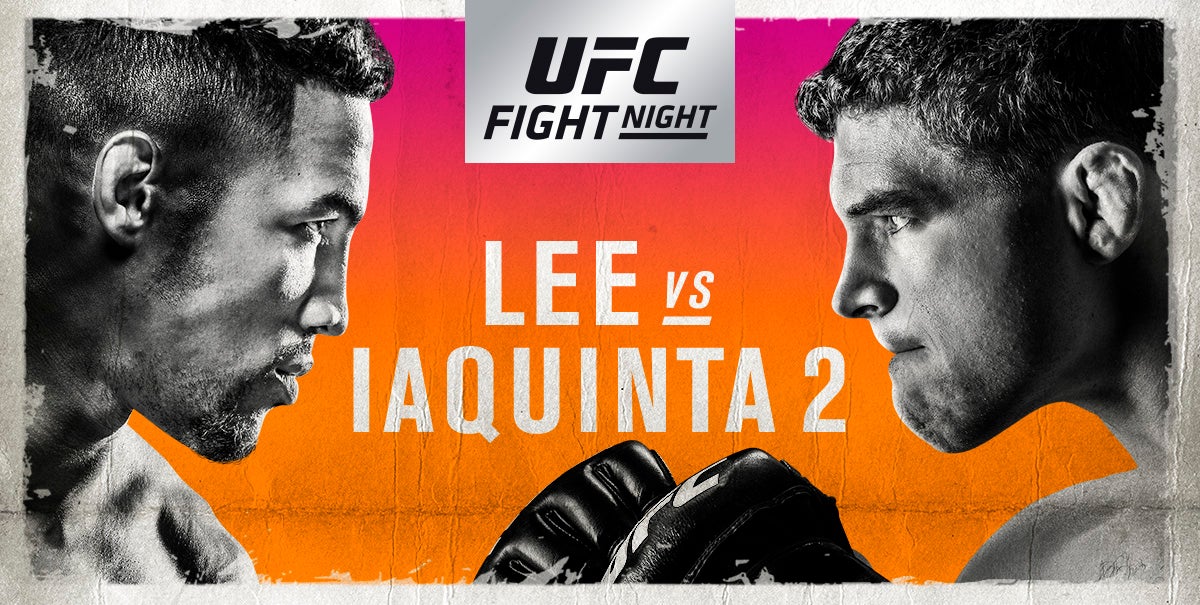 UFC® is coming for the first time to Fiserv Forum on Saturday, Dec. 15, for a pivotal rematch between top lightweight contenders, as No. 5-ranked Kevin Lee battles No. 9 Al Iaquinta. UFC FIGHT NIGHT®: LEE vs. IAQUINTA 2 will air live on FOX. Tickets for the fight at Milwaukee’s new world-class arena go on sale to the general public on Friday, Oct. 19, at 10 a.m., and can be purchased here.

“We have an awesome card for UFC Fight night on Dec. 15, 2018, at Fiserv Forum,” said Fiserv Forum General Manager Raj Saha. “There are great match-ups, and we are really looking forward to seeing many of the Milwaukee-based fighters in action.”

Lee (17-3, fighting out of Las Vegas) believes he is finally breaking into his prime, and he looks to re-insert himself into the lightweight title discussion with another impressive victory in Wisconsin. In his most recent outing, the 26-year-old earned an exciting TKO victory over elite striker, Edson Barboza. This marked his sixth victory in seven fights, with five coming by way of stoppage. Having already challenged for the interim title, Lee has established himself as a top talent to watch in one of UFC’s deepest divisions and is excited to avenge the first loss of his career.

Fan favorite Iaquinta (13-4-1, fighting out of Wantagh, New York) is coming off an outstanding performance against current UFC lightweight champion, Khabib Nurmagomedov, after winning five fights in a row, four by way of KO. Iaquinta looks to take that experience and get back into the win column by proving his first victory over Lee in 2014 was no fluke. Coming from a wrestling base, Iaquinta has evolved throughout his MMA career. The majority of his victories have come via KO, taking out established UFC lightweight veterans Ross Pearson, Joe Lauzon, and Diego Sanchez along the way.

UFC FIGHT NIGHT®: LEE vs. IAQUINTA 2 will also feature another bout between world-class lightweights, as No. 6-ranked contenderEdson Barboza welcomes fellow dangerous finisher No. 14 Dan Hooker to the deep end of the division.

One of the best strikers at 155 pounds, Barboza (19-5, fighting out of Coconut Creek, Florida, by way of Rio de Janeiro, Brazil) looks to return to his highlight KO-winning ways, as fans have seen with his spectacular finishes over Beneil Dariush, Evan Dunham and Terry Etim. Barboza is excited to share the Octagon® with an opponent who will test his standup and aims to break back into the top five with another signature finish.

Former featherweight Hooker (18-7, fighting out of Auckland, New Zealand) has been undefeated since moving up to lightweight, winning four fights in a row with all ending before the final horn. Fans are excited to see how far Hooker can go in the stacked 155-pound division, having already taken out established veterans Ross Pearson, Jim Miller and Gilbert Burns. Hooker looks to prove himself ready for the top 10 by taking on the toughest test of his career.

Additional bouts on the card include:

For the latest information on additional bouts for this event, please visit www.ufc.com. All bouts live and subject to change.

Visit the UFC® Press Portal for information and content to support your UFC coverage. Please click here to apply for the event.

UFC Fight Club® members will have the opportunity to purchase tickets Wednesday, Oct. 17, at 10 a.m. CT via the website www.ufcfightclub.com. A special Internet ticket pre-sale will be available to UFC newsletter subscribers Thursday, Oct. 18, starting at 10 a.m. CT. To access this presale, users must register for the UFC newsletter through UFC.com.

UFC® is a premium global sports brand and the largest Pay-Per-View event provider in the world. Celebrating its 25th Anniversary in 2018, UFC boasts more than 284 million fans worldwide and has produced over 440 events in 22 countries since its inception in 1993. Acquired in 2016 by global sports, entertainment and fashion leader Endeavor (formerly WME | IMG), together with strategic partners Silver Lake Partners and KKR, UFC is headquartered in Las Vegas with a network of employees around the world. UFC produces more than 40 live events annually that consistently sell-out some of the most prestigious arenas around the globe, while programming is broadcast in over 160 countries and territories to 1.1 billion TV households worldwide in 40 different languages. UFC FIGHT PASS®, a digital subscription service, delivers exclusive live events, thousands of fights on-demand and original content to fans around the world. For more information, visit UFC.com and follow UFC at Facebook.com/UFC, Twitter, Snapchat and Instagram: @UFC.