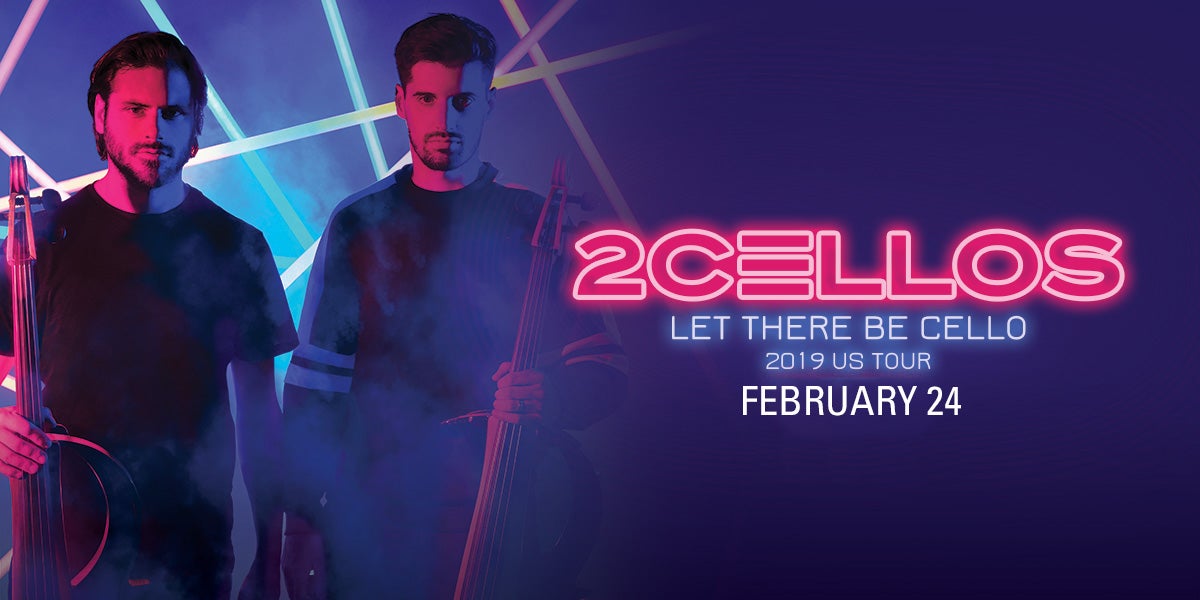 2CELLOS will perform at Fiserv Forum on Feb. 24, 2019, as part of the twosome’s 2019 LET THERE BE CELLO TOUR. Presented by Pabst Theater Group, the show will take place at Milwaukee’s new world-class arena. Tickets will go on sale to the general public on Friday, Sept. 28, at 10 a.m., and can be purchased here.

Known for their electric live performances, 2CELLOS have played to audiences across the globe and most recently sold more than 150,000 tickets on their 28-date U.S. SCORE tour in 2017. The tour announcement comes just before the release of 2CELLOS’ newest album Let There Be Cello on Oct.19 via Sony Music Masterworks. A follow-up to the 2017 release of Score, Let There Be Cello finds the pair exploring a diverse catalogue with their signature boundary-breaking playing style.

The collection includes their take on everything from the latest pop hits (“Perfect” by Ed Sheeran and “Despacito” by Luis Fonsi) to hard-hitting rock songs (“Eye of the Tiger” by Survivor and “Seven Nation Army” by The White Stripes) to celebrated classics (“Imagine” by John Lennon and “Hallelujah” by Leonard Cohen) to never-before-heard original compositions (“Concept2” and “Cadenza”) for a listening experience unlike any other. Preorder for the album is available everywhere now.

An international sensation since 2011’s rendition of Michael Jackson’s “Smooth Criminal” reached video viral fame on YouTube, Croatian cellists Luka Sulic and Stjepan Hauser, together known as 2CELLOS, have since created a name for themselves with their electric and dynamic playing style. Having amassed more than 1 billion streams globally and 750 million YouTube video views in the years since, 2CELLOS have taken the cello to unimagined heights as their signature style breaks down the boundaries between genres of music, from classical and film music to pop and rock. The release of Let There Be Cello marks 2CELLOS’ fifth studio album in the wake of their 2011 self-titled debut, IN2ITION, Celloverse and SCORE, all available on Sony Music Masterworks.

About the Pabst Theater Group

The Pabst Theater Group is a multi-faceted entertainment organization whose activities include the booking, marketing and hosting of over 650 events per year in and around the city of Milwaukee in iconic, creative places of public assembly helping to build community, loyalty and reinforce identity and heritage for Milwaukee. The group's core venues are The Pabst Theater, The Riverside Theater, Turner Hall Ballroom and The Back Room @ Colectivo (in partnership with Colectivo Coffee).